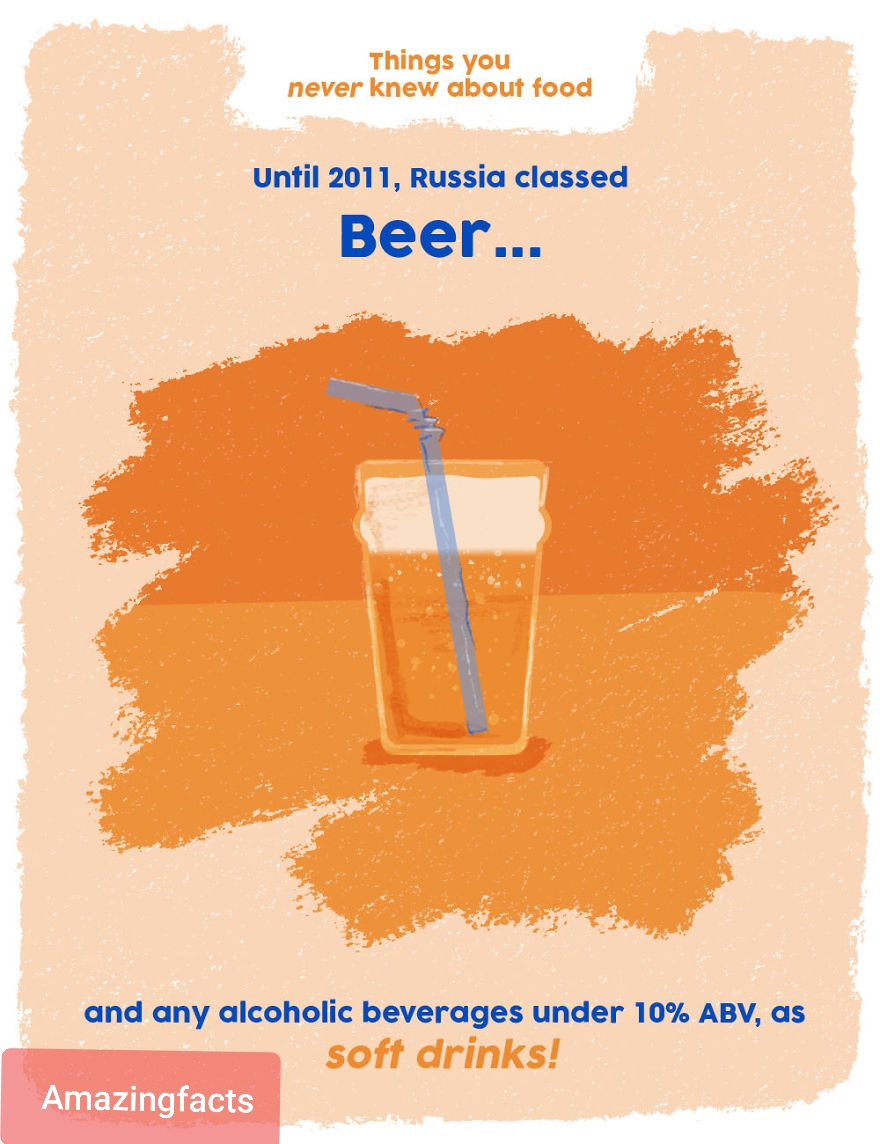 A hard one to wrap your head around. Before 2011, beer and any alcoholic beverage under 10% ABV was classified as a soft drink. It probably goes without saying that this couldn’t go on forever and Russia introduced legislation to control and limit the sale of beer to combat the issues of underage drinking and health.

2. The most stolen food in the world is cheese 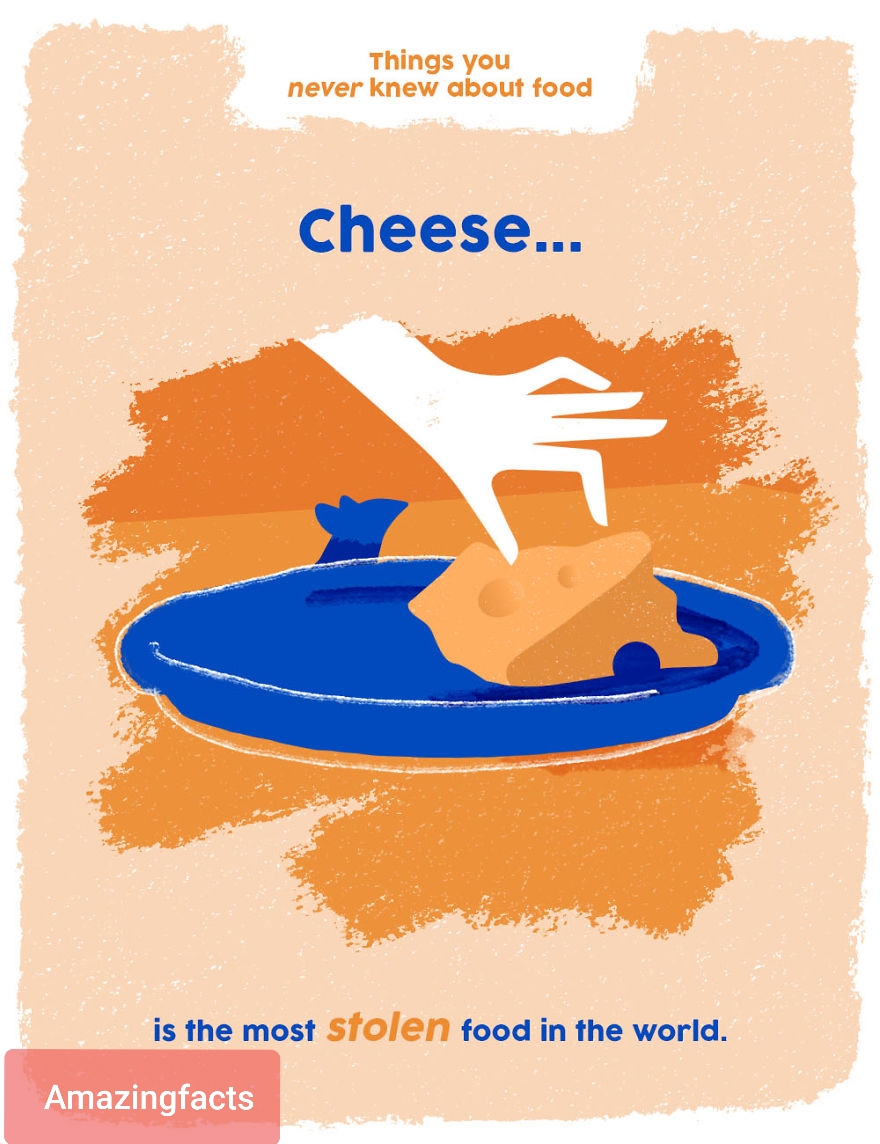 Definitely one of the more surprising facts in this series, the most stolen food in the world is in fact cheese. Around 4% of ALL the cheese made in the world gets stolen. There’s even a black market of stolen cheeses, but we didn’t tell you that.

3. Bananas are berries, But Strawberries aren’t! 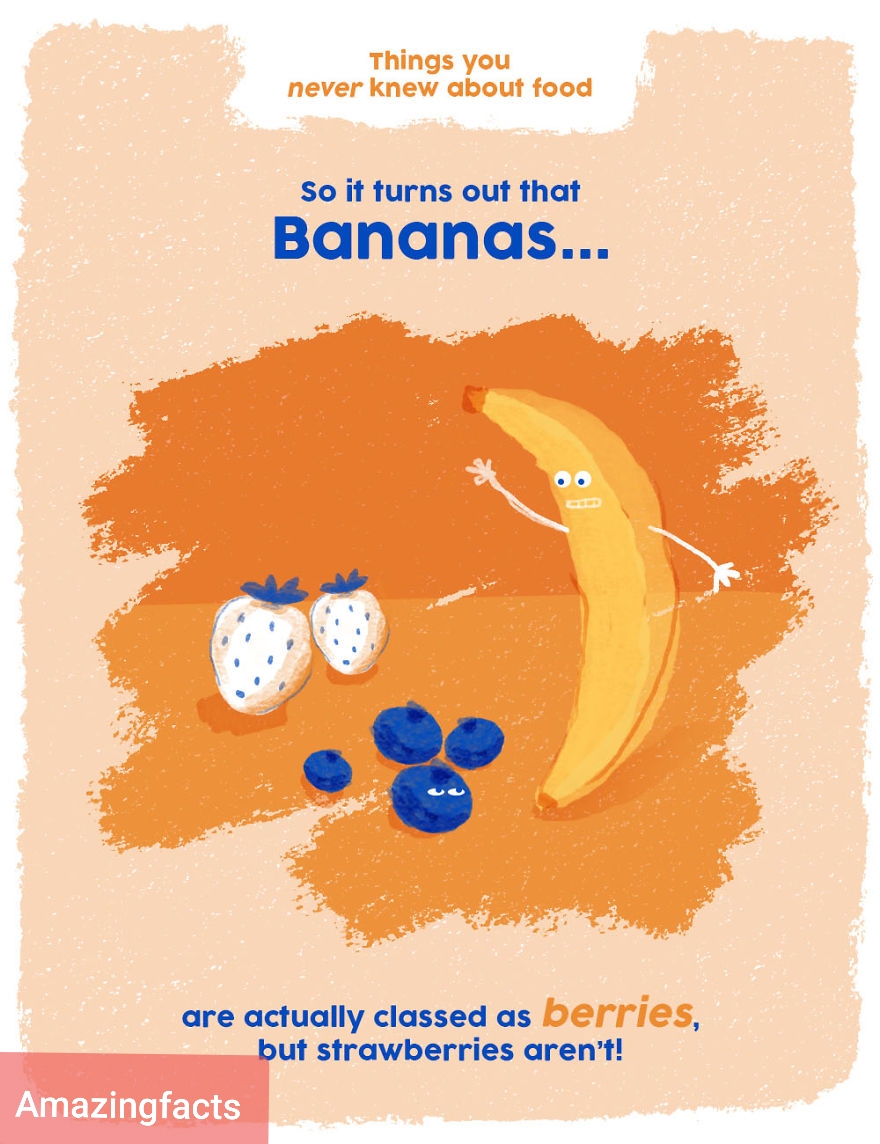 I bet that you didn’t know this one. This fact tends to only be known by botanists who apparently get their kicks from misleading the public. Bananas, cucumbers, kiwis are all classed as berries. Strawberries, blackberries and raspberries are not. And now you will question everything you thought you knew.